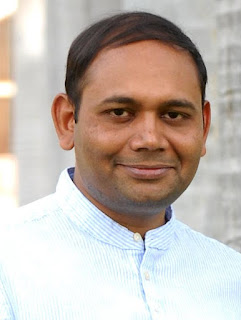 NEW DELHI – An Indian Foreign Service officer currently posted in Kathmandu has been nominated for the prestigious American ‘Pushcart Prize 2013’ by the Sahitya Akademi.

Already having authored eight books, including four poetry collections, Abhay K has been nominated for his three poems – ‘What’s a Beach’, ‘Masseur’ and ‘Everything has Secrets’.

“Indian Literature, the prestigious bi-monthly journal of the Sahitya Akademi, has nominated the poems which were published in May/June 2012 for the prestigious Pushcart Prize 2013,” the officer said.

The nomination has been made by Dr A J Thomas, the guest editor of Indian Literature, he added.

The Pushcart Prize is the most honored literary project in America of the best of the small presses since 1976.

The Pushcart Press publishes the award-winning entries of short stories, poetry and essays in its annual collections.

Nomination for Pushcart Prize is made by editors of literary magazines and small book presses and it could be any combination of poetry, short fiction, essays or literary whatnot, he said.

Abhay’s forthcoming book ‘Seduction of Delhi’ is a collection of poems. As a widely published poet, his collections include Enigmatic Love, Fallen Leaves of Autumn, Candling the Light and Remains.

Russian translation of his poems have appeared in renowned literary journals such as Literary St Petersburg and Sphinx.

His poems have also appeared in several poetry anthologies published in UK and US.