In the service of poetry by Abhay K.

Advance Praise for The Seduction of Delhi

'One may visit a city and one may live in it. To experience it as a presence and a history is more than either, and to experience it as poetry is sublime. Italo Calvino’s Invisible Cities shows us Venice in many fantastical transformations. Abhay K’s Seduction of Delhi is not so much a city transformed as tenderly opened up and invited to commune with the world around it in both time and place. So, in the Places section of the book, the poem on Nehru Park presents us with a ‘blue moon in full bloom / birds transmuting into humans’ on a spot where ‘Nehru is in dialogue with Lenin / and the universe’ while among the Portraits we meet the ubiquitous auto rickshaws, each ‘a triangle-on wheels’ that criss-crosses Delhi like ‘a kite soaring against the wind’ that carries the city on its wings.
The transformations are gentle and humane: the history is deep and lightly worn. This is a beautiful way to be introduced to a great city as both specific and essence.'
—GEORGE SZIRTES, Winner  T. S. Eliot Prize

Well crafted and imagined, these poems provide kaleidoscopic, impressionistic snapsnots of Delhi, readers in the East and West can easily access and believe. As if "whispering classified secrets," they establish their own "officialese"--their own lexicon for naming and navigating the scenes and settings they explore. All the while, Abhay K's poems meditate on what it means for landscape and memory to constantly reshape history and our experience of it. The many "edifices crumbling metamorphizing into boutiques" in this collection remind us of the importance of laying claim to the present so that we can step more confidently into the uncertain topography of the future.
— DORIANNE LAUX, Award-winning American Poet

Would that all tour guides could speak to us like this. Abhay K's wonderfully evocative words open up the city (Delhi) for us like a flower.
— GABRIEL ROSENSTOCK, Major Irish Poet

The poems in the three thematic lines, viz., Places, Portraits and Reflections, dovetail into one another to make Seduction of Delhi a remarkable, exciting book. Qualities of love, tenderness and compassion set Abhay K's work apart from much of the general run of current poetics. Like the River Yamuna, I too, felt its "dark silver/ draining darkness/ from Delhi's soul." Abhay K's poems speak from the heart in language that doesn't compromise.
— JAYANT MAHAPATRA

Delhi is a palimpsest city, serving as the capital of many empires over the course of history, and Abhay K. presents an architectural and social tour of the city through nimble poems which are imbued with a clear love of his subject matter.— RAVI SHANKAR, Award-winning Poet,  Editor of Drunken Boat, Ast. Prof. Central Connecticut State University


"Seduction of Delhi by Abhay K. is beautiful and engaging and surprises by the sheer variety of themes and structures it covers. Strong masculine rhythm exists in these poems along with deep, delicate lyricism that are nostalgic but rarely sad, full of intelligence and wit.A fine read."
— BIBHU PADHI, Major Indian Poet

Seduction of Delhi is a greatly enjoyable collection of poems on Delhi. As someone in love with Delhi himself, I applaud Abhay for falling poetic prey to its seductions with such literary elegance and poise. Delhi needs its own balladeers. In Abhay K. it has found one.
—PAVAN K. VARMA, Author-Diplomat

“Unfinished emblem of human ambition” is a poetic expression used by poet Abhay K in his poem “Alai Minar”. I think this expression sums up the character of all the short and unique poems compiled in this collection. Navigating through a poetic map of the great historical, chaotic and bustling metropolis is like making journeys back into times, and into the human psyche that is eternally torn between the power of space and what Martin Heidegger would call the most dynamic emblems of dwellings that rise and fall under sun and stars leaving sensations in history. Abhay K’s poems capture that very sensation in finely structured rhythmic forms. These poems capture the boisterous, aesthetically mad, chaotic and shifting history and transform theminto quiet moments of lyrical meditations. (On Abhay K.'s Seduction of Delhi)
— ABHI SUBEDI, Poet, Playwright, Professor of English, Tribhuvan University

"Delhi has been widely described as a dry, energy draining place, even a hermaphrodite... Abhay K.'s attempt here proves it otherwise. At first glance, his short, epigrammatic poems might appear just flaccid snapshots or single-boned vignettes of an outsider in a mad and sprawling metropolis known these days for its infamous gang rapes. But a closer look reveals how the poet steps back to withdraw his Self into a cocoon, to gain an artistic poise and to empower each and every item, object, relic, monument and figure a distinct voice and color. Lal Quila, Janter Manter, a flower girl, an auto rickshaw, Connaught Place, a house maid, Rahim, Jamun tree, Ghalib or Dara Shikoh walk with their first person personas in the lanes of Abhay K.'s Delhi, conjuring a memorable recital, a jam that defines the essence of this legendary city... Seduction of Delhi is an artistic triumph in many ways..."
—YUYUTSTU RD SHARMA,Author of Annapurna Poems and Nepal Trilogy Visiting poet, New York University, New York

"Poetry is the genre of Delhi, and Abhay K.'s poems offer heartfelt homage to both the tradition and the place."
—TABISH KHAIR, Poet, Novelist and & Associate Professor, Department of English, University of Arahus, Denmark

"Seduction of Delhi' captures not only the historical landscape of the Dilli of legend but also the contemporary feel of sarkari New Delhi. It's obvious that Abhay K. has managed to distill years of observation and emotion into these poems."
— KRISHAN PRATAP SINGH, Author of The Raisina Series

“In these poems, the city unfolds its seductive self gradually poem by poem. History whispers and monuments stand as living portraits of the past evoking images of vibrant or at times an almost lifeless present!”
—SUKRITA PAUL KUMAR, Poet, Editor and & Associate Professor, Department of English, University of Delhi

“The poetry of Abhay K. brings back the memories of Delhi when it was known as the metropolis of Asia and the mistress of every conqueror. His images of places, portraits and reflections weave an attractive portrait of Delhi we live in.”
—Dr. H. K.KAUL, President, The Poetry Society (India) 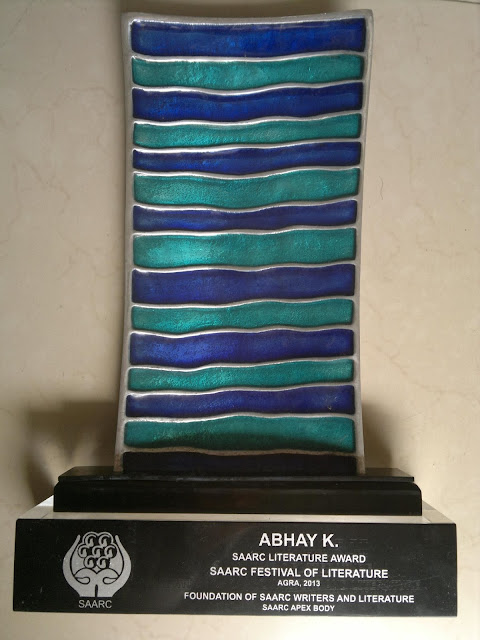 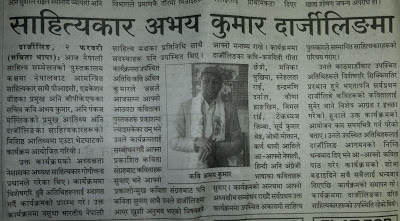 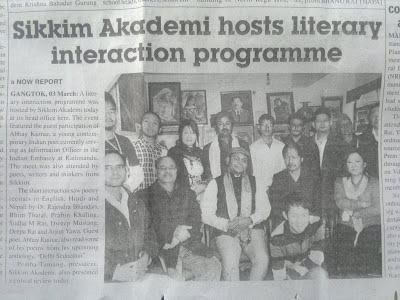 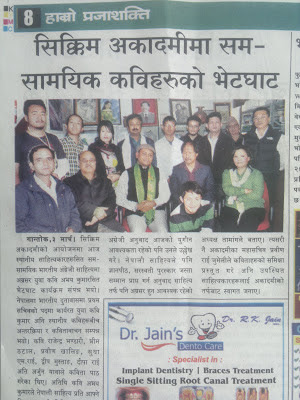