Thank you for your email of August 6.Your earth anthem makes immediate impact on the mind of the reader.  The anthem is  certainly the creation of a born world citizen whose heart radiates the spontaneous feelings of global brotherhood, global unity and global light that seeks to eliminate darkness and ignorance caused by xenophobia, the greatest evil that blocks the unity current in the world.
Being an Indian foreign service officer and by virtue of that position you have been meeting eminent personalities and intellectuals  of the world which has given you the most valuable experience of common thinking of the people and their  innermost longing for mutual love and affection among the people of the world. It is highly appreciating that within a short period of ten years as Indian Foreign Service Officer you have probed human mind in the correct perspective prompting you to recognize the earth as the common habitat of humanity. Naturally, you have rightly come to the conclusion that all species living on the common home  named the  earth are its flora and fauna.
Besides having  noble thoughts and feelings you are apparently a poet at heart.It is evident from your description of the earth as the cosmic oasis or  the cosmic blue pearl, which it indeed is. The colour of us human beings white, brown, black is but  a trifling excuse to differentiate man  from man .  Whatever be our skin, whatever be our language and whatever be our place of residence the earth is our home.
The power of feelings and thoughts of world unity in the Earth Anthem is so strong that  it will be readily accepted by all people of the earth. As for me I have been touched by the Earth Anthem because I am also a humble supporter of unity of human race.  I thank you very much for considering me worthy of reading your Earth Anthem. I have great expectations from you and hope that you will continue to enlighten the  people of the earth about the unity of human race. 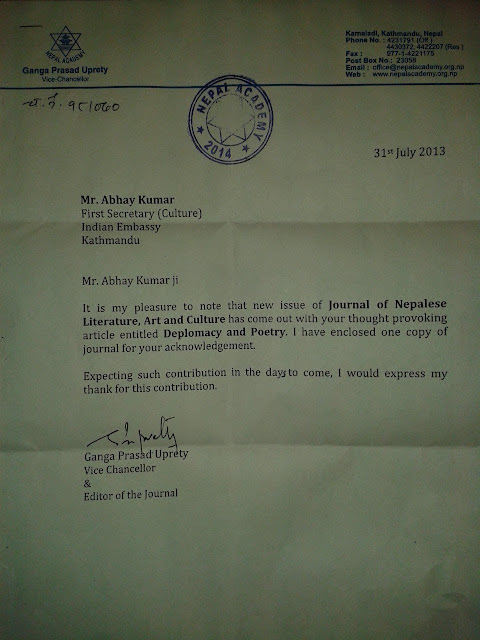 A letter from the Vice Chancellor of the Nepal Academy on publication of  poet-diplomat Abhay K's article Diplomacy and Poetry in the Journal of Nepalese Literature, Art and Culture. 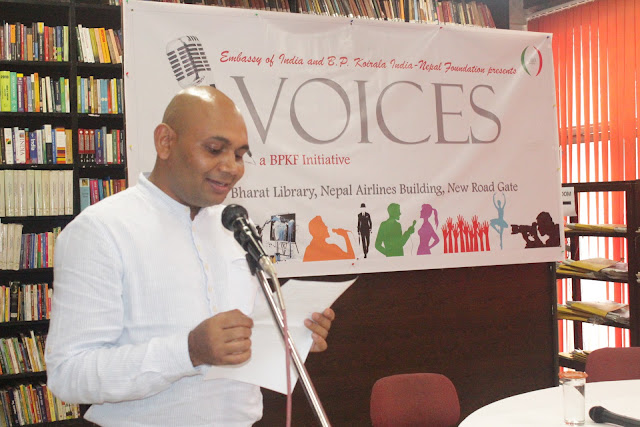 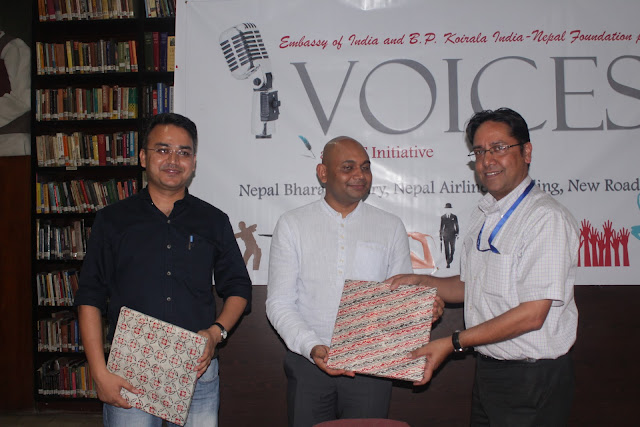