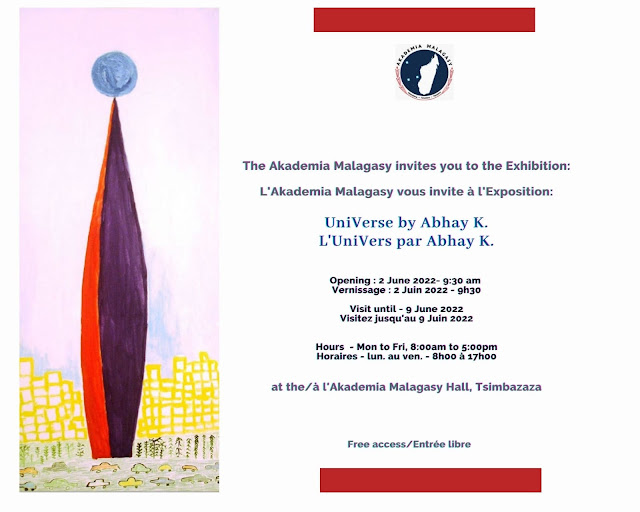 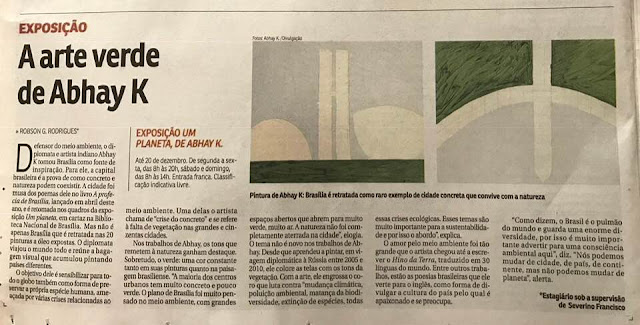 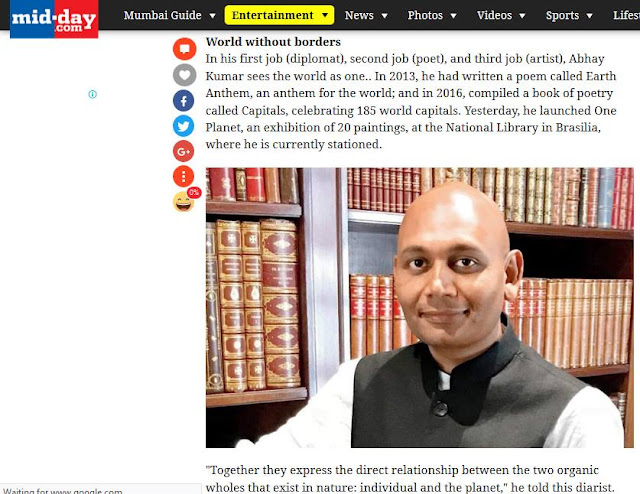 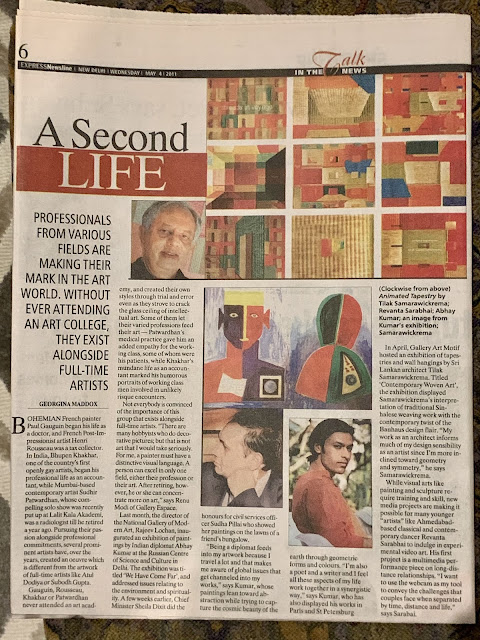 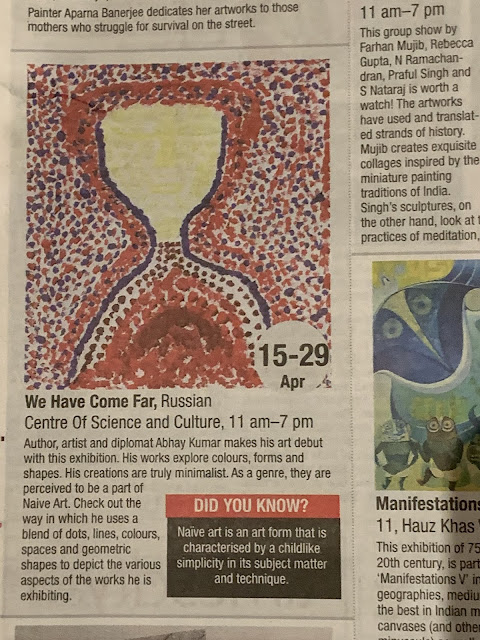 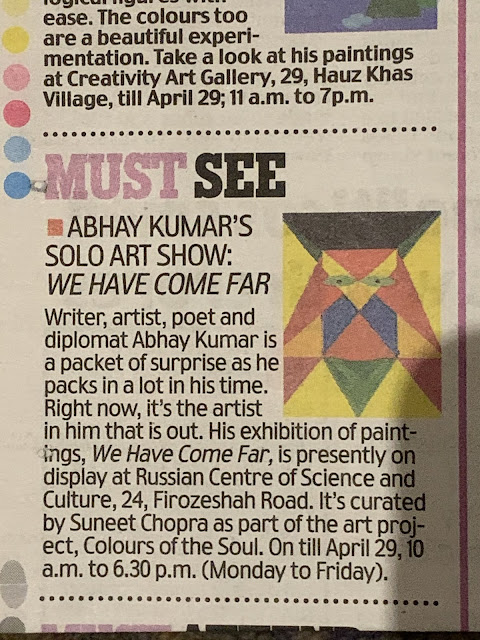 "Last month,the director of Delhi’'s National Gallery of Modern Art,Rajeev Lochan,inaugurated an exhibition of paintings by Indian diplomat Abhay Kumar at the Russian Centre of Science and Culture in Delhi. The exhibition was titled ‘We Have Come Far’,and addressed issues relating to the environment and spirituality...Being a diplomat feeds into my artwork because I travel a lot and that makes me aware of global issues that get channeled into my works,” says Kumar,whose paintings lean toward abstraction while trying to capture the cosmic beauty of the earth through geometric forms and colours. “I’'m also a poet and a writer and I feel all these aspects of my life work together in a synergistic way,” says Kumar,who has also displayed his works in Paris and St Petersburg." - Georginia Maddox A Second Life, Indian Express (7 May 2011)

ABOUT ART WORKS OF ABHAY K.

"Suprematism is at its best here... as Malevich deconstructed art itself. The delicate links between words or signs and the objects they denote to achieve a 'zero degree' of art are unravelled in the connections made for art's sake. I wonder if transrational poetry has been Abhay K.’s source of inspiration as well. I was intrigued, and to put it in the words of El Lissitzky, "ultimate illusion of irrational space" posited alongside spiritual and spatial understanding of the third dimension" magnifies Abhay K.’s outlook. It illuminates the urge for expansion of art practice, ideation, perspectives and conviviality. Paradigm of planetism, Vasudhaiva Kutambakam are not only tropes for art exhibits but translate into a worldview that Abhay K. inhabits and enables others to envision. The influence of the place and the need to dwell in art to unify national ideologies and respect their diversities is much respected. His painting 'Global Round Table' also particularly piqued my interest. In the Kantian way, Abhay K. exudes a 'universal state of human' kindness. For a diplomat with such high ideals, the national consciousness and representation are certainly in able hands.”— YAMINI DAND SHAH, Curator, Research Repository, Asian Heritage Foundation

The coming together of poem and image, their drawing apart and resumption of mutual approach, the things they invoke together and separately: we savour all these moments of aesthetic experience in The Seduction of Delhi, a folio in which Abhay K and Tarshito collaborate to evoke the spectral yet palpable histories of Delhi, as well as its vibrant, insistent, kaleidoscopic and paradoxical present.
— RANJIT HOSKOTE, Poet, Cultural Theorist and Curator
What I find fascinating about art works of Abhay K is that he goes from very individual signs to broader symbols. A number of his works remind of Cubists. Others remind of  pointillism but they way he blends them all together is his own.
—SUNEET CHOPRA, Art Critic
The geometry of Malevich and the musical coloured vision of Matyushin gain typical Indian colour vibrancy and even somewhat folklore inflections in his abstract and semi-abstract works.
— ANDREY KHLOBYSTYN, Art Critic

In his art works Abhay K creates an allegory of planetary consciousness -Emblems of the unity of the peoples. He draws images of apritual unity. A futuristic reworking of figurative and suprematic motives.
— STANISLAV SAVITSKY, Art Critic

Crossing Karnali by Abhay K. published in the Kathmandu Post 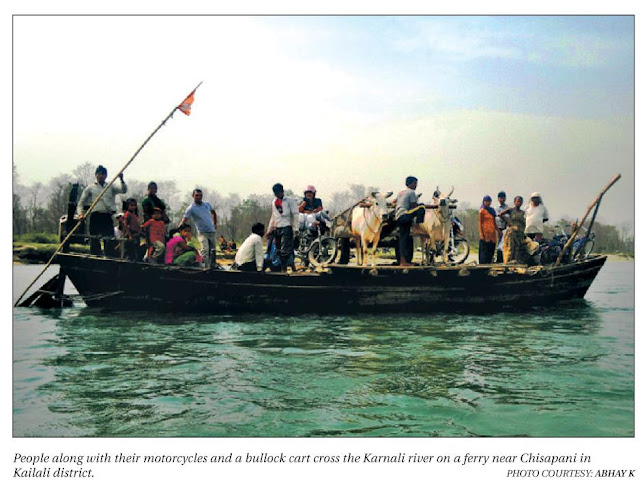